The Comedy Project is a comedy theater in Grand Rapids, Michigan. The team planned to build out the space as efficiently as possible, using recycled fixtures and furniture from restaurant auctions and craigslist postings. Joe (co-founder) liked the idea of the potential apocalyptic look furnishing this way would give the place. We started thinking about symbols that say "funny" obviously. We went through monkey, laughing mouths, but from the beginning I was rooting for ROBOT. It may not seem like a funny choice, but who takes over after all the stupid humans destroy earth? Robots. The robots look friendly, but also demand laughter. It's cool though they're great... super nice.

The identity was designed with flexibility in mind and will soon be visible in many forms (including a big industrial metal sign) when they open up for LaughFest in 2019. 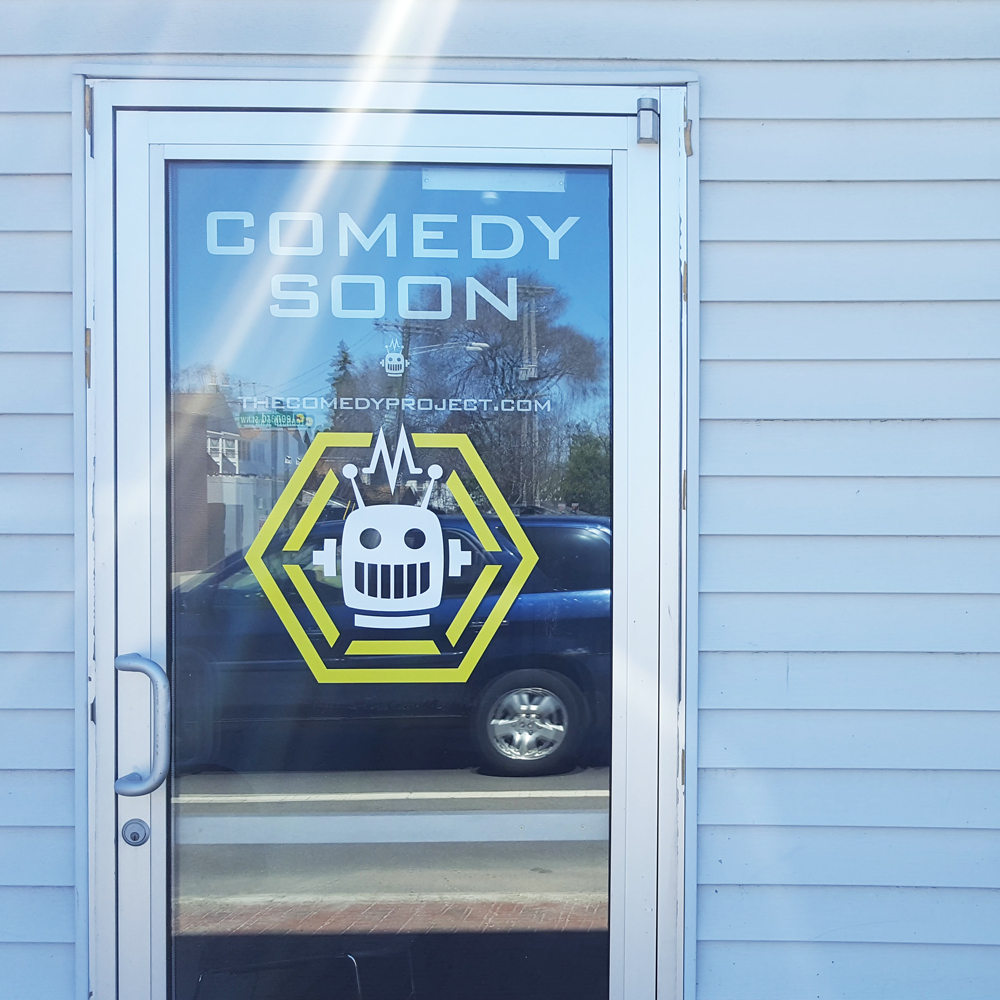 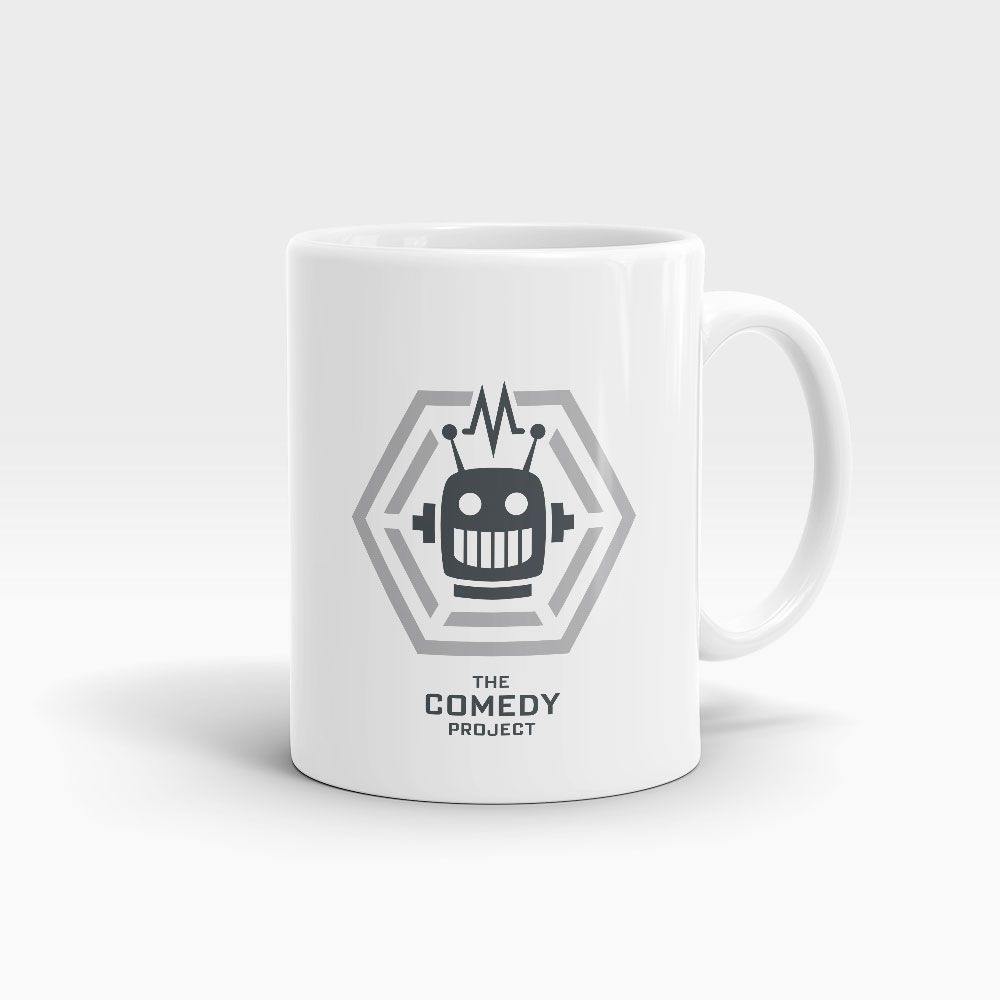